“Your honor” I heard the representative say it was clearly a Crime of the Heart.

Not an optical illusion. They come running through the door looking for what they call ” the usual.” Consistent, knowing and dependable. If we could sign up at 10 yrs. old and know that pretty much carries you through the gaps, the holes and the unpredictables we would ask to see the dotted line. We want to teach them everything we know about avoiding the pain. Fat chance. Advise them they will do foolish things but to do them with enthusiasm. Seek adventures as experiences- it works out best that way. We want to share that they will be surprised how un-lonely being alone can be. If only we knew how transitory physical beauty was sooner- less fuss less muss.

As a pre- Memorial Day remembrance a dear, no longer with us friend comes to mind. He was a benevolent despot with high honors.

Yes, he was birth right endowed, but never begrudged one moment of that chance. He catapulted a family real estate company by prodigious proportions and never ran for President. Being in a position of hoarding his wealth or sharing it he chose the later. He spread it around to all the people who worked with him. His staff were never appendages to his self esteem, they were part of his team. He was revered and adored for his simplistic posture of ” the truth, the whole truth and nothing but the truth.” Lies are too difficult to follow and end up following you around. Creepy feeling too.

From his long standing right hand assistant, whose children he helped school,  to the people who shined the piano that helped croon Bobby Short he was kind and kinder.

I was lucky to jump on an opportunity to make his aquatintance through a chance meeting. He owned the buildings that housed apartments I sold. It was during the fuss and muss years when being a shareholder in good looks didn’t hurt. The life he could and did have, which he had his friends join in was delightfully laced with privilege.

Back to those lessons I dear say. So fun,through art, music and good cheer were a few things imparted to me through his generosity. However, it was so much more than planes, trains and automobiles. He honed his capacity to zero in on our individual long suits. His ability to make you feel special through the talents perhaps you hardly knew you had, I’ve seldom seen again.

When Toby likes to do an art project and Jack and Alexei like to plant flowers we get out the gear, no instruction book needed and Peter Sharp our way through. We focus in on Liam’s passion for sports and kvell during his tennis lesson. Zachary lined our refrigerator door with his sticker designs and we gaze upon them when we grab the milk. James- you want to plant a watermelon on the terrace- here you go buddy, seeds in hand. Lucky to have met Peter and luckier we saw things his way! For today let’s really live the moments and 24 hr.it into a great one. 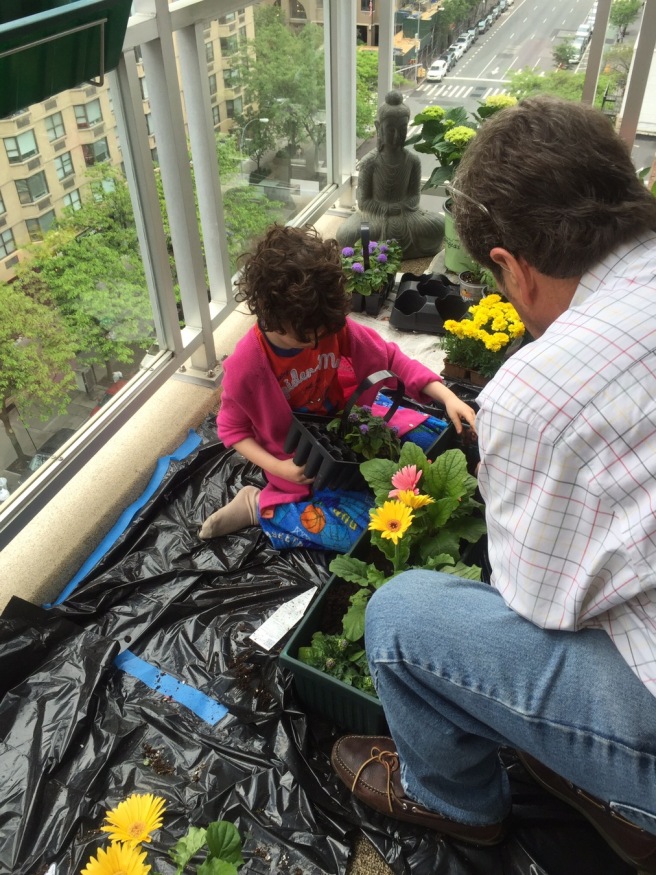